Last weekend I ran MGM, a local 50K. This is a big deal, because it was the first time I had ran “long” since the Bigfoot 200 in August.

This 50K meant a lot, because it’s been a long frustrating and road back to my regular running routine.

After Bigfoot I decided I needed to take some time to let a nagging ache in my foot get better — turns out I had been running all year with Insertional Achilles Tendinitis.

What does ignoring a problem like this for a whole year get you? Eight weeks of no running, six weeks of physical therapy, and a new found appreciation for cross training and overall strength.

Why did I let it go so long? Because not running sucks.

END_OF_DOCUMENT_TOKEN_TO_BE_REPLACED

It’s August. We’re less than 10 days from the start of the Bigfoot 200 so it’s time to take a look at how peak month went.

I knew July was going to be a balancing act: I had not fully recovered from June’s Bighorn 100 yet we were planning to have a very high-mileage month. 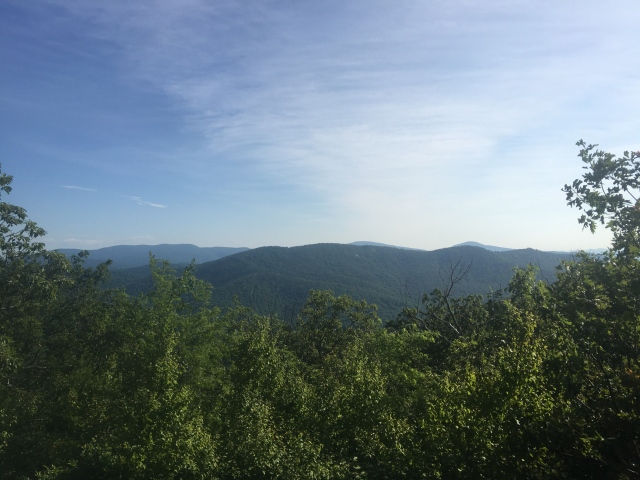 END_OF_DOCUMENT_TOKEN_TO_BE_REPLACED

The first time I attempted to train for a 50 mile ultra marathon was back in 2008. That year the Washington, DC North Face Endurance Challenge was scheduled for September and I had decided early in spring that instead of running a second marathon, I would make the huge jump and give it a shot. I have to credit Dean Karnazes for much of my motivation. I had read his first novel, “The Ultramarathon Man,” and instantly had the bug.

My training predictably put me in a bad place. A month out from the race I could have probably PR’d for a marathon but I knew that I was in no way ready to attempt a trail 50 miler. I also had started to suffer from an IT band issue. I had never had the joy of ITBS and it wrecked my running. However, all the way up to a couple days before the race, I was dumb enough to think I could have run the full 50 miles. It didn’t help that my friend Kat had also signed up. To say that she was in beast mode during college would be an understatement. She was one of the few people I knew at the time that could show up on any given Sunday and a run sub 4 hour marathon.  Committing to running the race and knowing that she could, definitely added some pressure.

I lucked out. A horrible storm rolled through and canceled the race that year. North Face stepped up and impressed me by having a banquet dinner for the runners. They gave out free North Face swag. Mr. Dean Karnazes signed books, stood around and talked with fans, and took pictures with all the runners in attendance. The race organizers for the Endurance Challenge went out of their way to try to provide the obviously let down runners with a quality experience.

Fast forward to November 2011. I had the privilege of cheering on my good friend Melissa during the Savannah Rock and Roll Marathon. A race I had signed up for and failed to train for. She was awesome and I had a blast cheering her and the other runners on. I also was dying to get out there with them. I signed up for the DC Rock and Roll Marathon before we left Savannah. When I got home, I bought a new pair running shoes.

Inspired by multiple people on twitter I began a running/beer streak. Every day I ran at least a mile and drink at least one beer. The theory being: how horrible can a day be if I was able to enjoy two things I love? Also, even though I had not been running much in 2011, I began researching races for after I finished the DC R&R. I noticed that the DC North Face Endurance Challenge had moved to the first weekend in June. I felt like it was an unfinished opportunity. It was a good month after I registered before I told anyone.

Training through winter may have been the best thing for me. I have always hated running in the cold, but there was something relaxing about going out in the cold dark evenings and pushing myself. It was also awesome that I was the only one running through my neighborhood. When I was able to hit the local train, an awesome 7 mile loop around a large man made lake, the only sounds that kept me company were crunching leaves. By the time that it started to warm up, I felt like the returning runners where invading my privacy.

I used the 10% rule (slowly increasing my mileage by 10% per week to prevent injury) until I was regularly putting in over 50 miles per week. I celebrated the first time that I ran over 50 miles in one week. I did not focus on the speed as much as focused on the miles. Sara and I also bought a treadmill. I had intended on using the treadmill to work on speed walking. While I had never walked much during marathons, I had read many times that it was imperative to walk the inclines to conserve energy. I had to admit that I did not use the treadmill nearly enough.

In March, the DC Rock & Roll was a strong performance. I managed to PR by 4 minutes running a 3:52 minute marathon. I also stopped around mile 6 and drank a beer with some friendly local Hashers (On-On). I did not taper for the marathon. I ran a total of 67 mils that week, ending with the personal best.

By the time late May came around, I was in the best running shape of my life. Additionally, I have never been more happy in my personal life. I felt like running was able to center me and allowed me to put everything into balance. Knowing that I was going to run at least a mile and normally an hour or more everyday forced me to prioritize everything. I made time for Sara, time for myself, was more patient at work, and felt awesome.

The North Face allows any 50 mile runner to have a pacer. I had never run with a pacer before, but then again I had never run 50 miles before. While I believed that I could finish the race unassisted, I reached out to an old running friend, Josh, for a little help. I have run more miles with Josh than anyone else. We were on the cross country team together and meet regularly to put in a few miles. He is one of those people that not only knows me as a runner, but will put up with me at my worst.

Sara and I would be stayed at her parents house, which was significantly closer to Algonkian State Park, which would be the start and the finish line. The night before the race I had a good beer, ate some pasta, and felt really relaxed. I can remember goofing off with Sara and being really relaxed. More relaxed than I had been for any other race. I was ready to attempt my first 50 mile ultramarathon. My first ultramarathon.

Check back later this week for part II.